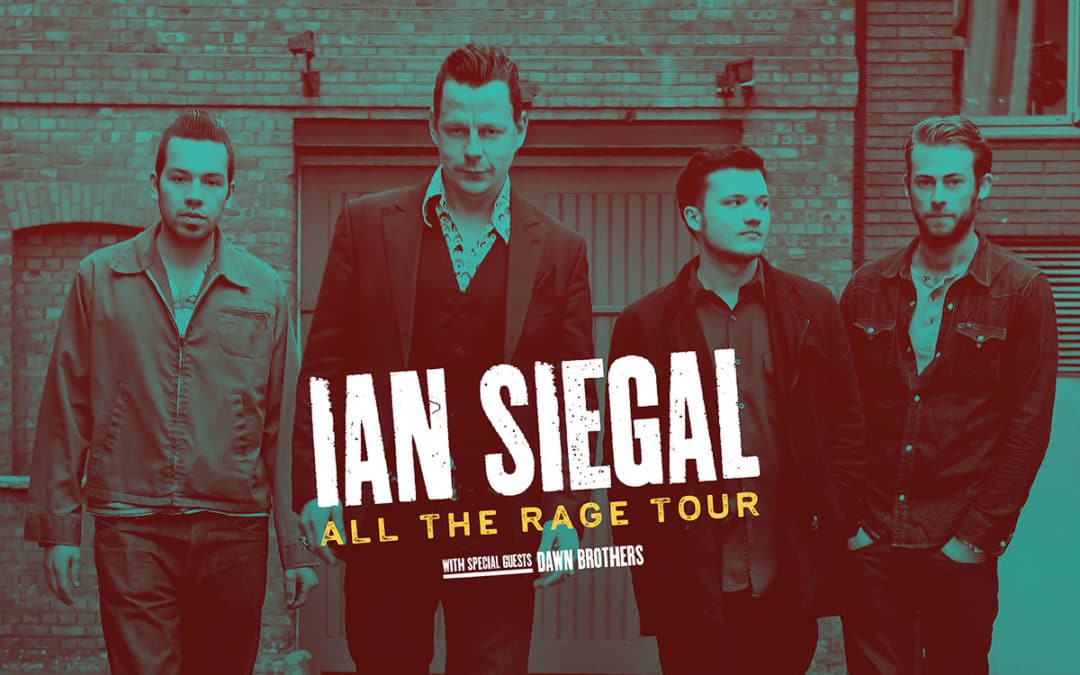 For 2018 blues supremo Ian Siegal tours a new album of original songs with his young band of ace musicians.

In more than a quarter century of touring Ian Siegal’s mission statement has barely changed: songs that are real, shows that resonate, vocals served raw. Today he is considered by many to be the most compelling British blues artiste since the great names of the sixties.

In 2018 he will be touring a new album (*see note), his first studio recording of new songs in six years. Produced by American Jimbo Mathus, it is classic Siegal: full of the dark and light, clever word play and rough-hewn voicebox he is known for. It also marks the first studio recording with the band he hooked up with in 2013. Frequent touring has evolved a distinctive sound featuring Dusty Ciggaar’s tex-mex infused guitar licks.

Classic Rock tags Siegal “a national treasure,” America’s blues bible says “vast talent” and MOJO magazine ranks him “the cleverest writer and most magnetic blues performer in the UK.” He has taken his music to more than 45 countries and presided over a trophy haul that includes 11 British Blues Awards, four European Blues Awards, two Mojo Blues Albums Of The Year not to mention three US Blues Music Awards nominations – an unprecedented nod for a non-American.

Providing a high energy opening segment will be DAWN BROTHERS, a young band out of Rotterdam that Ian Siegal has been raving about since seeing them live in 2017. Although these four young men are not related by blood, they most certainly share a genetic bond musically. Think Creedence Clearwater Revival, Otis Redding, The Band, and you’re in Dawn Brothers territory. These young souls pump out good time music with unstoppable energy. They ride a wave from the past into the future and prove there’s no time like the present to make great music. As individual musicians they shine, collectively they are a force to be reckoned with. Be sure to arrive in time to see Dawn Brothers.