21st April 2018: That’s the day you can lay your hands on THE SH*T HIT, a 12″ vinyl specially produced for the 200 stores around the UK taking part in this increasingly popular event. The album has selected songs from Ian Siegal’s new CD release ALL THE RAGE. Why The Sh*t Hit? For optimum grooviness each side is no more than 18 minutes and therefore has only 7 of the 10 tracks on the album, so it couldn’t have the same name. The Sh*t Hit is the name of one of the songs.

The lacquers (i.e. masters) for this vinyl release were cut at Abbey Road by one of their top engineers, Sean Magee (whose credits include a Grammy for remastering The Beatles). The vinyl is turquoise green and the package includes a rub-on tattoo.

“The whole world’s in trouble …. when the shit hits I’m heading for the hills.” From the song The Sh*t Hit. 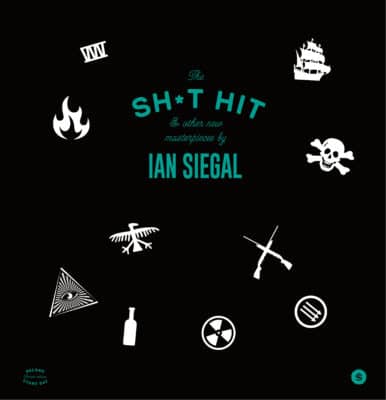