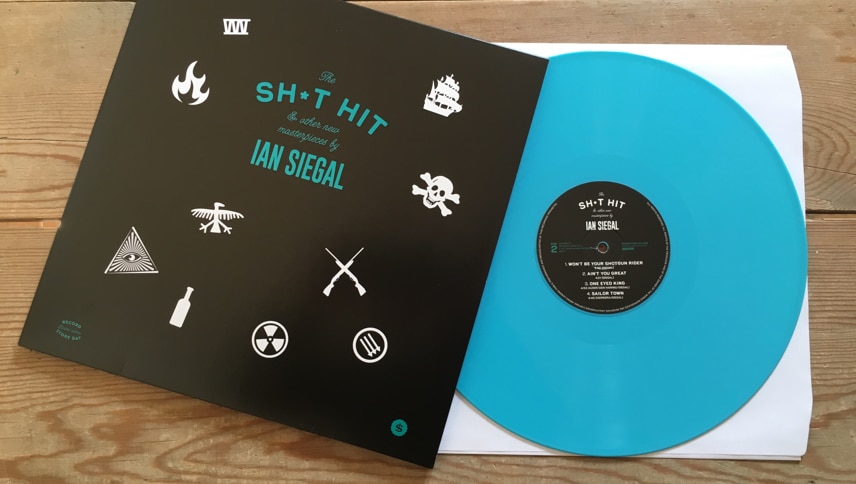 This one-time-only limited edition of 500 was produced exclusively for Record Store Day in 2018. The “sold out” sign went up but then a distribution cock-up came to light several months later … part of the stock had been overlooked!! So we have 80 copies of this vinyl album for sale.

This limited edition vinyl features seven songs from Siegal’s All The Rage Album. It is the only vinyl available of that album.

The audio was compiled in high resolution (88.2k, 24bit) and lacquers cut at Abbey Road Studios in London by Sean Magee, whose credits include a Grammy for the 2009 Beatles remasters.

Featuring turquoise vinyl the package comes with a rub-on tattoo of the Sh*t Hit symbol (much like a radioactive warning sign). The title song is about impending world conflict: “When the sh*t hits I’m heading for the hills.”